From January 20 to 24, Jahorina Olympic Center will be offering a 20% discount on ski passes that are purchased and used within this time period. The same rates will apply from March 5 to 8, 2020.

From January 27 to 31, during the Discount Shower event, all skiers and snowboarders can expect 30% off on all ski passes that are purchased and used within that period. Discounts apply to the following: day passes, half-day, two-day, three-day, four-day and five-day ski passes, as well as night skiing tickets.

In order to provide better connections between the different ski areas, Jahorina Olympic Center is offering a free ski bus that will be running daily between Šator and the drop-off point for the Skočine six-seater lift. See below for a map of the ski bus stops. 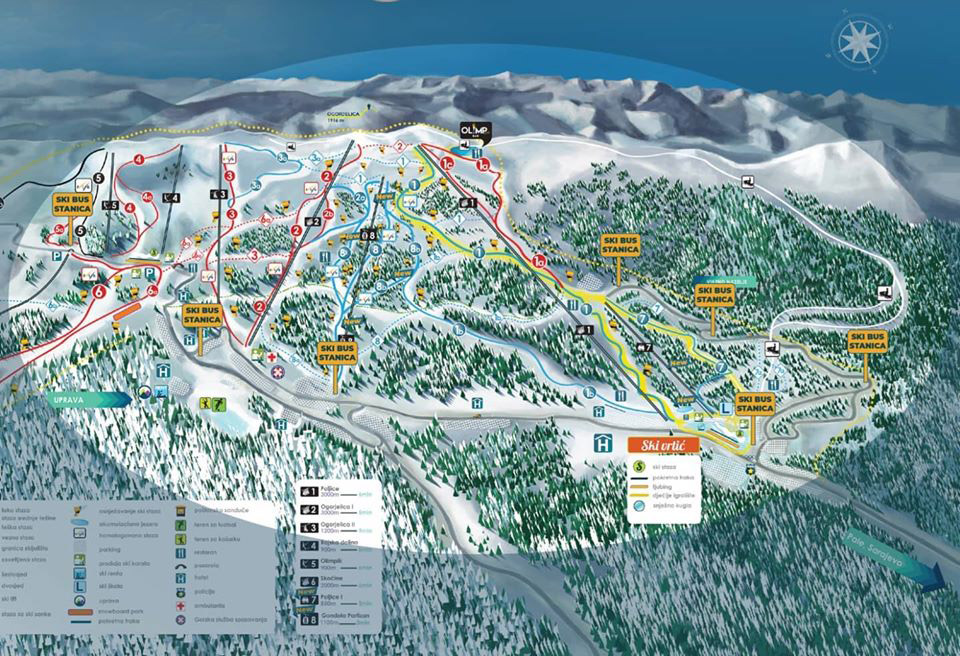 Transportation to the mountains around Sarajevo in 2020

Nearby mountains Trebević, Igman, Bjelašnica, Jahorina and Ravna planina are at about half an hour drive from the... More