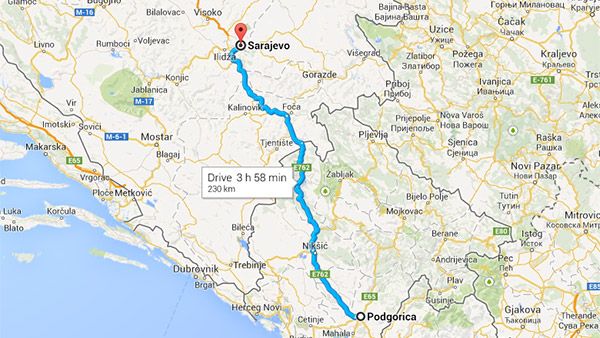 You can reach Sarajevo from Podgorica, the capital of Montenegro, by taking Route E762, which passes through Nikšić all the way to the Šćepan Polje border crossing. From there the road follows the Drina River, until it veers away near the town of Foča.

The road continues on toward the small towns of Miljevina and Trnovo, after which you’ll come to the neighborhood called Lukavica in East Sarajevo. It’s advisable to follow the road that leads toward Trebević and then you’ll pass through the neighborhood of Vraca and arrive in Sarajevo. The entire journey takes approximately four hours. 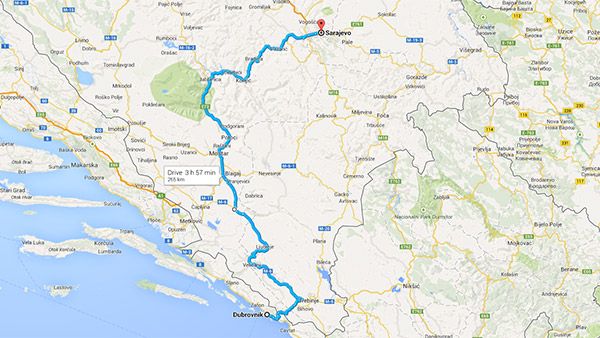 To reach Sarajevo from Dubrovnik – “The Pearl of the Mediterranean” – we recommend that you take the M-6 Highway, which runs through Trebinje, Ljubinje, Stolac and finally Mostar, where you will get onto Route E73.

After Mostar, you’ll continue on this road and pass through the towns of Jablanica and Konjic. You’ll enter Sarajevo from the south, coming from the direction of Hadžić and Ilidža. This journey takes approximately four hours.

There is a shorter route which takes you through part of Tjentište National Park. 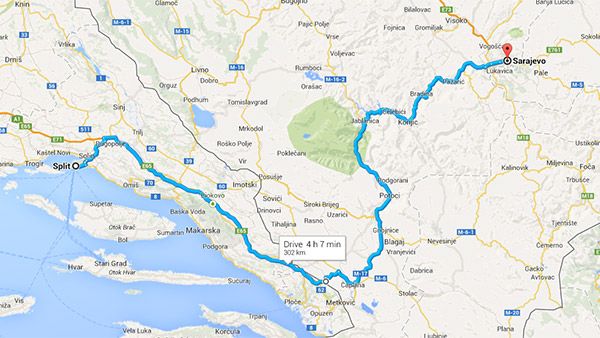 To reach Sarajevo from Split, the heart of Dalmatia, we recommend that you take the A1/E65 Highway, which runs all the way to Bijača, where you will cross the border from Croatia into Bosnia and Herzegovina.

You’ll continue on to Čapljina, where you can connect to Route M-17, which will take you further north to Mostar, Jablanica, Konjic and Sarajevo. You will enter Sarajevo from the south. The entire journey takes approximately four hours and fifteen minutes. 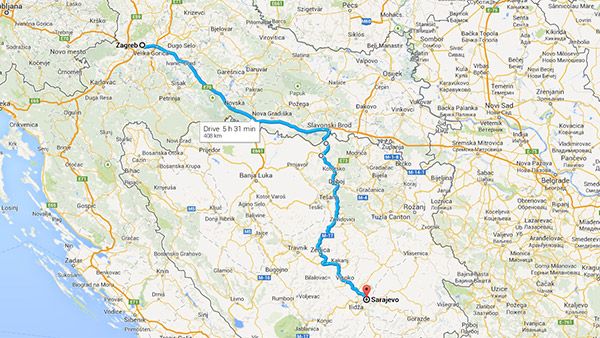 The most popular route from Zagreb, the capital of Croatia, to Sarajevo is the A3/E70 Highway, which runs between Zagreb and Lipovac. You’ll get off at the exit for Slavonski Brod, which is on the Croatia-BiH border, and when you cross over to the BiH side, you’ll have reached the town of Brod.

Continue along the road to Derventa and Doboj by taking Route 17-2 until it joins Route E73. You’ll reach Zenica via Maglaj and Žepče. After Zenica you’ll continue on the highway to Sarajevo. If you enter town from the west, you’ll pass through Vogošća and if you enter from the south, you’ll pass through Rajlovac. The entire journey takes about five hours and thirty minutes. 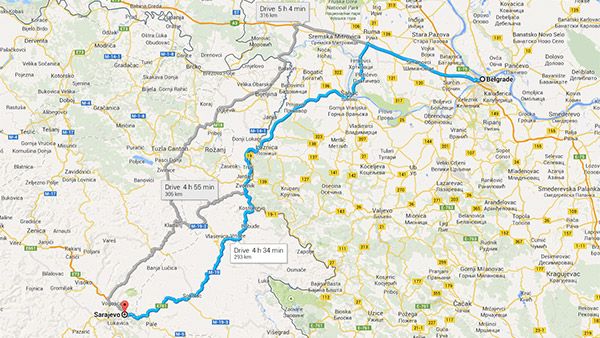 The shortest way to reach Sarajevo from Belgrade, the capital of Serbia, is the A3/E70 Highway, which runs between Belgrade and Zagreb. Once you come to the town of Ruma, you’ll get off the highway and continue on Route 21 until you come to Šabac. You’ll continue on Route 19 to Loznica and then further on to Mali Zvornik, where you will cross the border from Serbia into BiH.