The Destination Sarajevo Partners Club has been created for those who would like to invest long-term in improving the visibility and reputation of Destination Sarajevo. Partner benefits are manifold – popular destinations attract more tourists who spend more money, which in turn makes partners more attractive on a larger market. This encourages partners to become more creative, innovative and focused when meeting the needs of a given market. 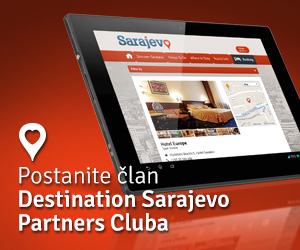 How to become a member

The process of becoming a Destination Sarajevo Partners Club member is quick and simple. More

What if a partner owns more than one business or facility?

The more businesses or facilities a partner has, the more financial benefits they will receive. More