After studying architecture at the Vienna Master-School under architect Peter Behrens, and doing projects for the Vienna city airport and the Archiepiscopal Seminary for Boys in Zagreb, Neidhardt moved to Paris, where he worked with the famous La Corbusier to design a shopping center on Berlin’s Alexanderplatz, and there were projects in Algiers, Nemours, Stockholm….

He was called to BiH in 1937 by Slovenian architect Dušan Grabrijan, and, while working on duplex homes for workers in Central Bosnian mining towns, he set a concept for new residential architecture, with the slogan, “nothing extraordinary and something to suit man.”

As he said: “A man must strive earnestly for something, and if I have to strive, I’ll do so where I was born and where I live. I am a passionate architect, striving to do good.”

He taught at the Faculty of Engineering (1952-1972), published a book with Grabrijan (The Architecture of Bosnia and the Path to Modernity), helped get Slovo Gorčina going…. 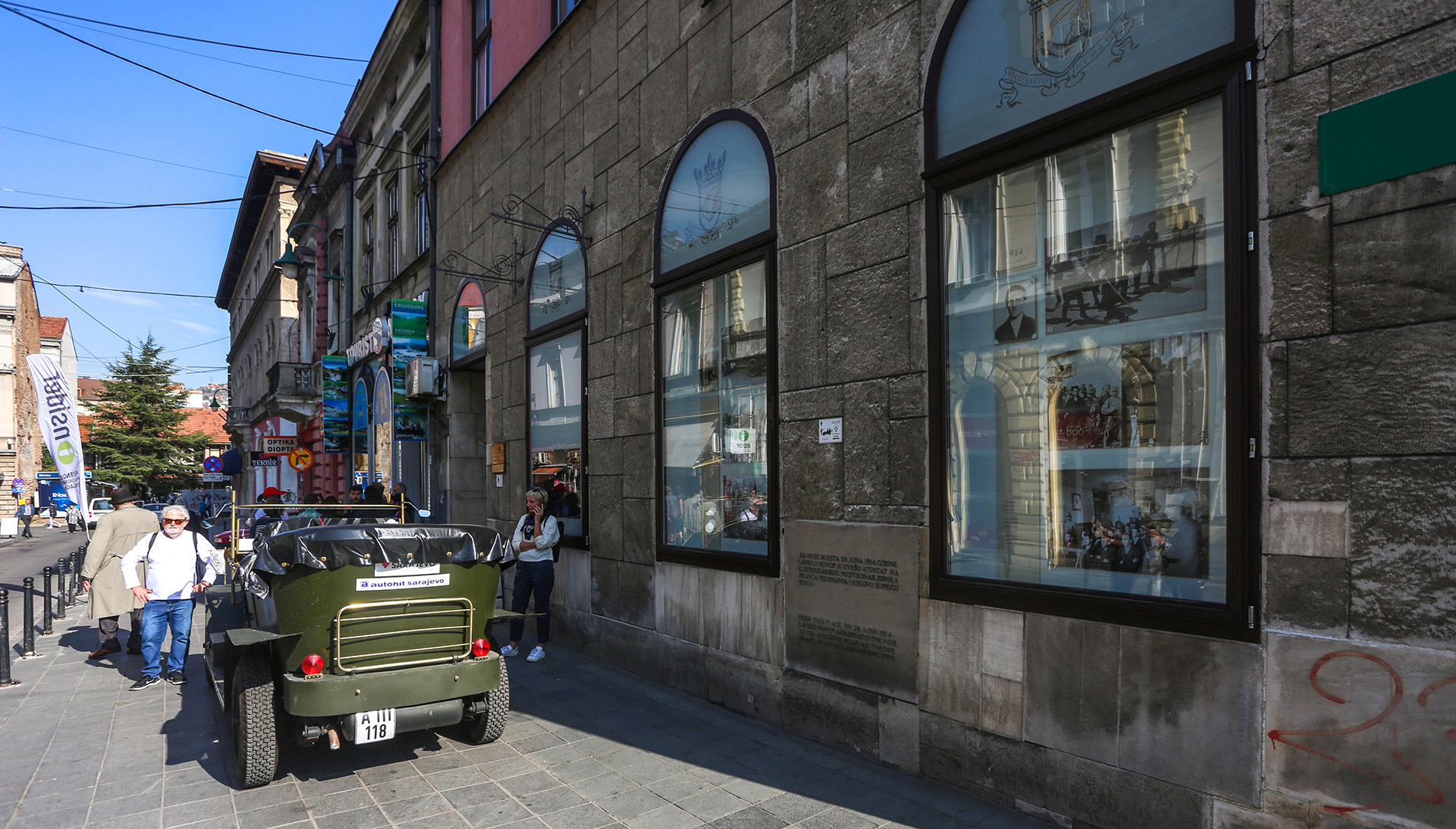 The cult of the neighborhood

Before building parts of Sarajevo, he tried to merge modern trends in architecture with traditional ethical principles that the city had been founded on – the right to a view and the cult of the neighborhood.

As an urban design solution for the center of Marijin Dvor and the BiH Assembly building (1955), Neidhardt designed a neighborhood and a contrasting unit: a vertical skyscraper for the BiH institution and a square, horizontal building for the assembly “with Marilyn Monroe’s hourglass figure.”

Before the regulatory plan for cleaning up, restoring and revitalizing Baščaršija was carried out (1972-1975), he insisted that mahalas from Čaršija to Marijin Dvor retain their original look. 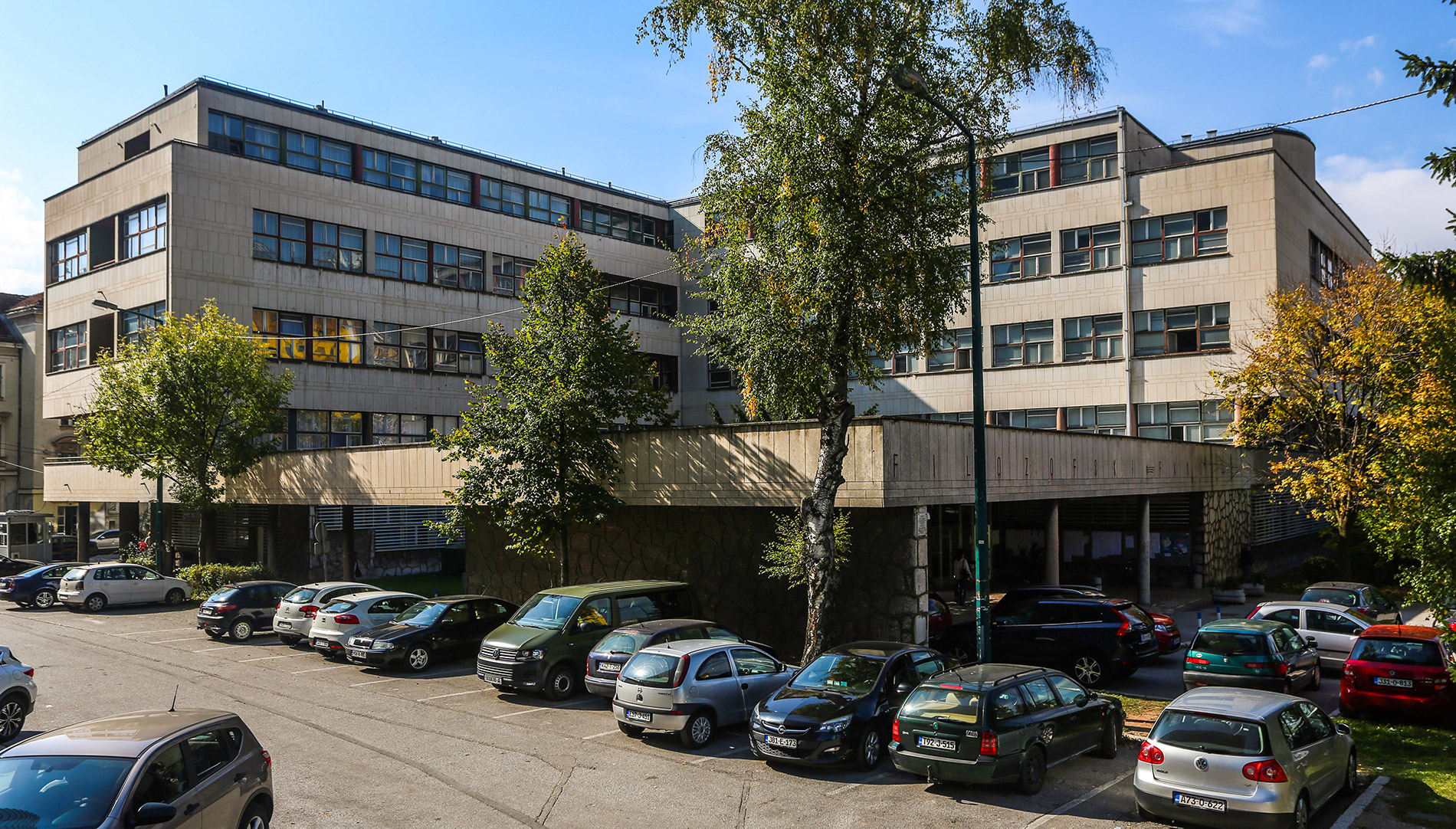 The architectural musings of Neidhardt (an Associate of the Royal Institute of British Architects, a member of SAJ, JAZU, ANUBiH) were ahead of their time, as seen in unrealized projects: a motel suspended above the Miljacka and the Vranjača tourist settlement on Trebević.

The Marijin Dvor project grew with the city, so his vision was not fully realized, and he didn’t live to see the end of construction on the BiH Parliament building (1982).

Juraj died in 1979 in Sarajevo, where he left a legacy: Vječna Vatra, the Gavrilo Princip Museum, Dom Izviđača, the Philosophy Faculty and Mathematics Faculty buildings, the Institute of Chemistry and Physics; Ilidža’s pavilion and summer stage, apartment buildings on Alipašina (11-17), a ski lodge on Trebević….

Neidhardt is buried in Bare Cemetery, and neighborhoods like Dolac Malta, Hrasno and Marijin Dvor reflect his idea of “an ideal utopian city,” with green spaces between units.

The irrestible charm of Kovači Street

Passover during the COVID-19 pandemic

A stroll through Paržik's Sarajevo