Sevdah fans will be able to enjoy themselves on Žuta Tabija, where concerts by the outstanding sevdah interpreter, saz player Jusuf Brkić, will be held from August 16 to 25.

The S One Sky Lounge on the rooftop of Courtyard by Marriott will be organizing parties for the duration of SFF, with shows by: DJ Stellar, DJ Forora, DJ Jasmina, Gonzo, DrumJay, Lana & Band, Merakoon, Simple Trio, Acoustic Blues.... 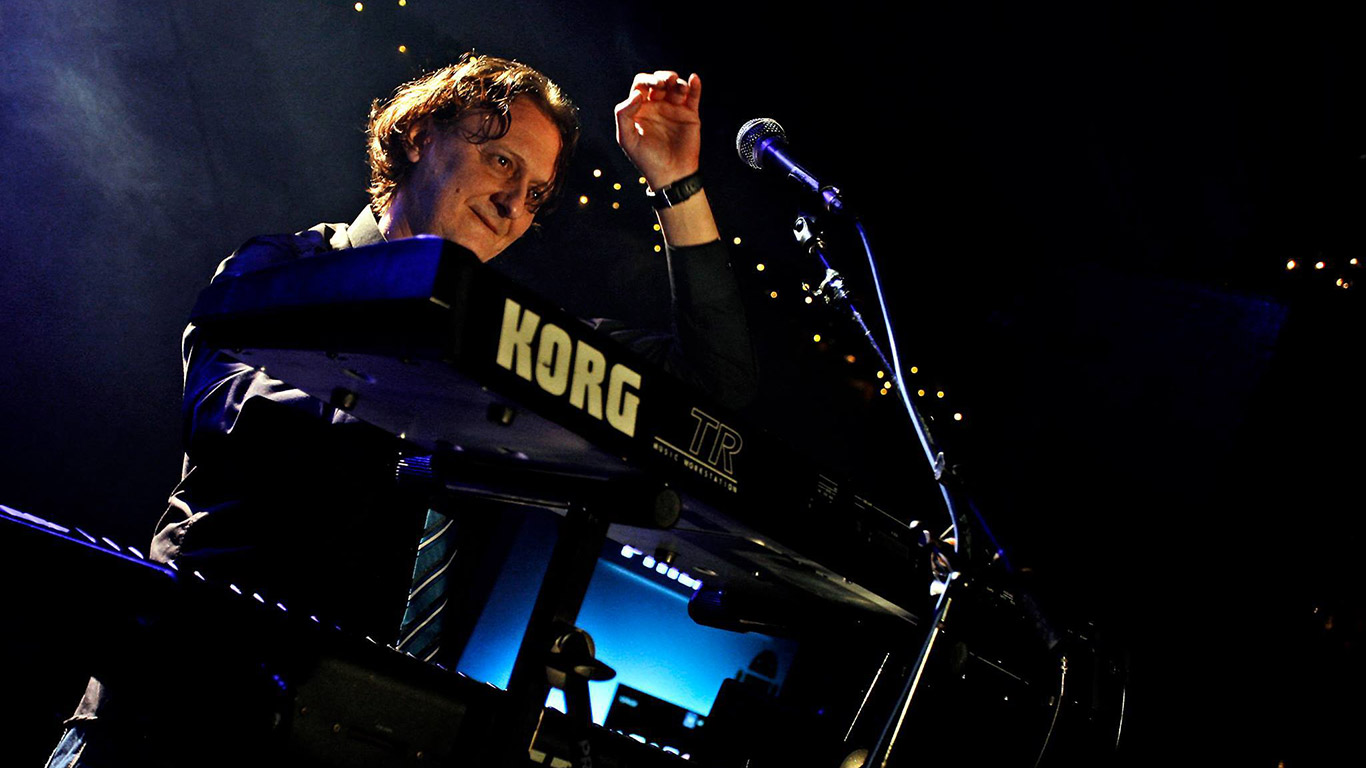 The Sarajevo Rock Fest will be held at Underground Club from August 16 to 24, and this year (Aug. 19-21) the program will again include a contest. The festival will see performances by: Karne, ProRocks, Indigo, Kontra, MC Showcase, Stoposto, Black Beriz, Zona Iskljuchenja, as well as Čizma and Bolero.

The cult Sarajevo club, Cinemas Sloga, will be organizing its Cinemas Fest during the time of the Sarajevo Film Festival, and it will be a place where you are guaranteed to find some good fun, like the concert by Major and many other groups.

One of Sarajevo’s most popular places to dance is Silver & Smoke, and this August the club is focusing on domestic DJs and young acts from the world of electronic music, along with tried-and-true residents, so Forniva & Roof AW, Bonjasky, Eela & Rajot, G. Edd, among others, will be performing.

Again this year, one of the central places to have a good time will be the neighborhood of Skenderija, which has been designated as one of the most interesting parts of Sarajevo while the SFF is going on. 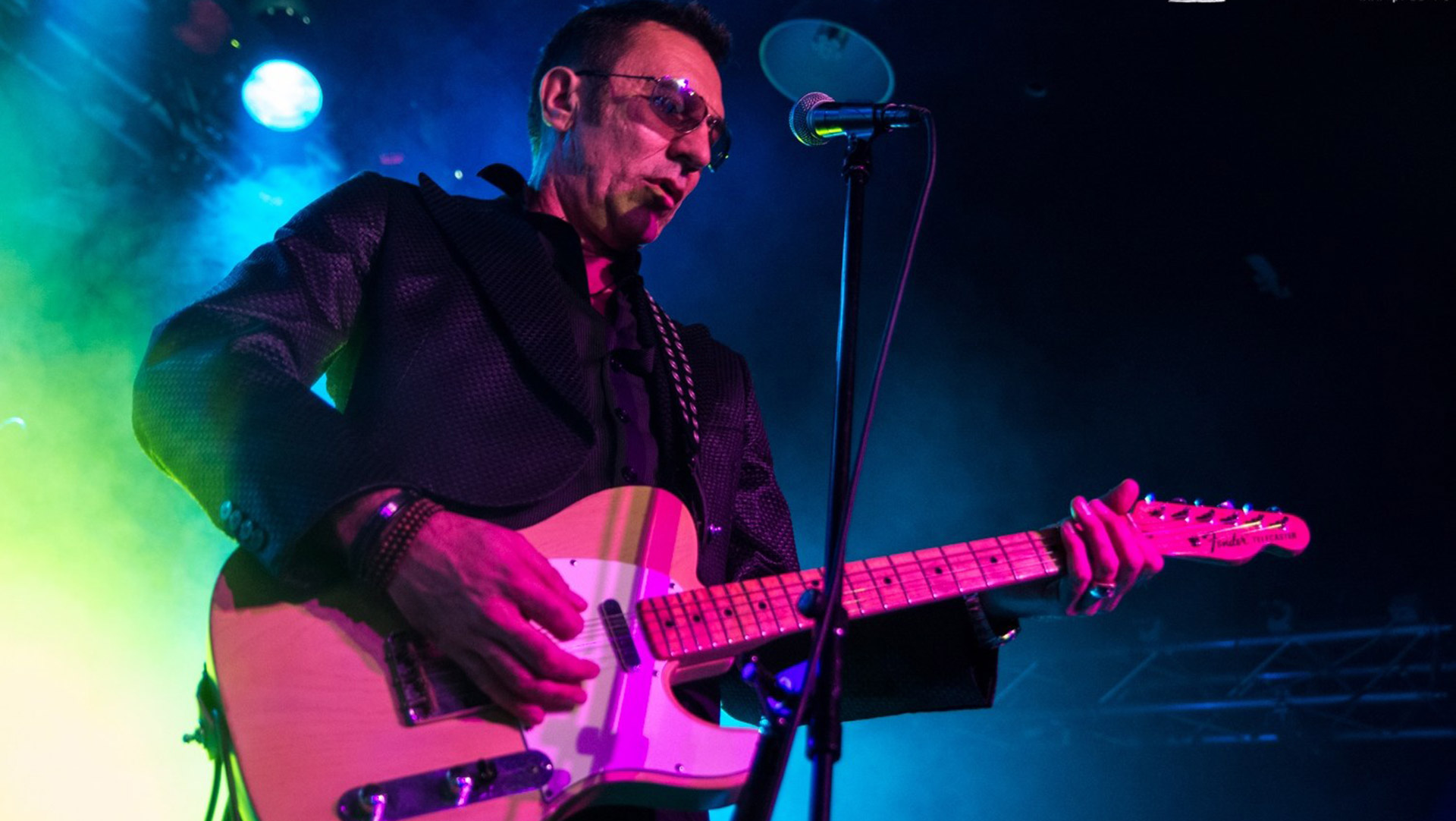 Once again this year during the SFF, there will be a series of parties in a city tram as part of the Jägermeister Party Tram, which will run daily from the tram stop on Hamze Hume Street at Skenderija. nanE, Lesa & Zuba, Nasty Grooves, Buba & Mirna, Six & Ryo, Haris Begić...will be performing this August in the funnest tram in town.

Summer Lounge is traditionally a place that organizes parties on the plaza in front of Skenderija during the SFF, and this year there will be performances by: Six & Ryo, Aljoša & Dizzy Dee, Brown Sugar R'n'B, Drop Department & Farrel, Katze & Keon, Splein & Yngod, Hator, Said5, Amar Kay....

Located right next to Festival Square at the National Theater, Club Mash is the must-visit place for those who love good music, and plenty of interesting events await you at other clubs: Jazzbina, Aquarius Vils, Pivnica HS, Pivnica Sarajevo....

The Historical Museum of BiH will host the Garden of Dreams party (August 17), which will see a show by Ukrainian techno DJ The Organism.

DJ Solomun will perform at the big party in front of Vječna Vatra on August 23, and the fun will continue over at Dom Mladih Amphitheater with DJ Antigone from France.

The month will also see a concert by world famous musician Goran Bregović from Sarajevo (August 24) at Bijela Tabija, with its imposing ambience and a wonderful panoramic view of the city.

Every Monday, Tuesday and Thursday until August 28, you have an opportunity to follow shows by young musicians from the Sarajevo Music High School, who will be performing in front of Gradska Tržnica (indoor market) as part of the project, Music on the Street. 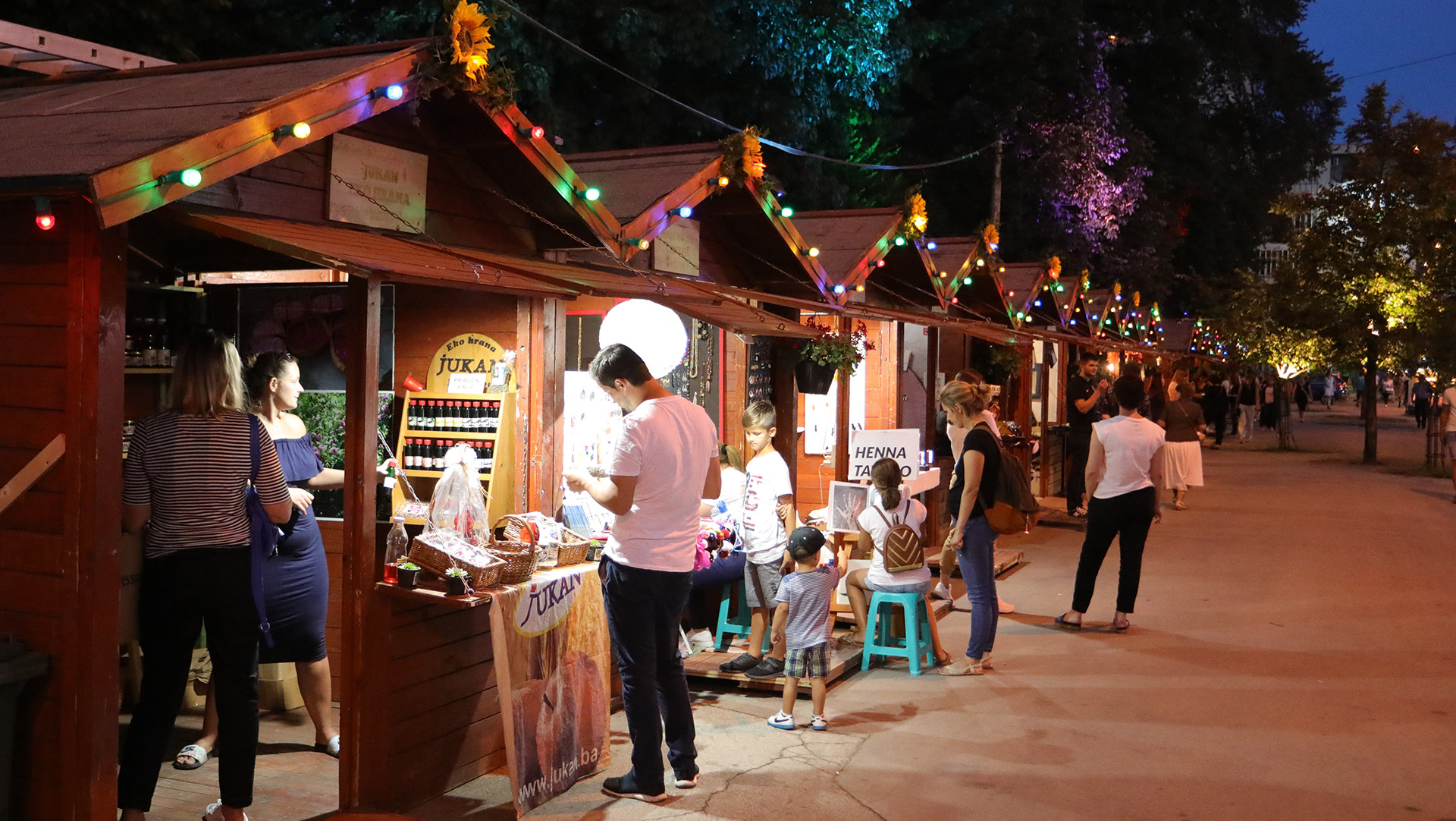 While the Sarajevo Film Festival is going on, arts lovers can enjoy some major exhibits, including: 1,200 Years of Bosnian Statecraft in Honor of the 830 Years Since the Kulin Ban Charter (Collegium Artisticum Gallery), an exhibit of photographs by Brigitte Lacombe (National Gallery of BiH), and an exhibit of works done as part of the VII Sarajevo International Art Colony for 2019 (Gazi Husrev Bey’s Khaniqah).

The Sarajevo Summer Market, a promotional event-bazaar featuring original domestic products, will run until August 25 in Veliki Park, across from BBI Center, making it the ideal place for you to choose the perfect souvenir from Sarajevo.

The Sarajevo Streeat Food Festival will be taking place from August 1 to 25 at Trg Oslobođenja-Alija Izetbegović, where you can enjoy music performances along with some terrific food.

All in all, great fun can be found on nearly every corner in Sarajevo during the eight days of the festival.

The nature in and around Sarajevo is gorgeous, and many of the attractive locations that are perfect for outdoor activit... More

The many festivals that take place in Sarajevo during the summer months make our city one of the region's most desirable... More

Sarajevo, the city with an Olympic tradition, has become more and more popular in recent years among sports lovers of al... More

A guide to Sarajevo's most important attractions

That Sarajevo occupies an area that has long been inhabited is testified to by the many remains left by the Butmir Civil... More

Take a stroll through Sarajevo’s streets and squares

Sarajevo is a city that has had a turbulent past and in a little more than a century it was part of eight different stat... More