Besides many interesting roles in films like In the Land of Blood and Honey (Angelina Jolie), A Perfect Day (Fernando León de Aranoa) and Child 44 (Daniel Espinosa), this award-winning actor is also active on the stage.

- I’ve just finished filming Terrence Malick’s The Last Planet, and the series, Klan, in Serbia, by director Boban Skerlić; and we’re working on Side Man, a new play by Christopher Peditto, at Chamber Theater 55.

An adrenaline lover, Feđa enjoys riding motorcycles, paragliding and flying in gyrocopter, and he hopes Sarajevo will soon offer parachute jumps (which he calls “the craziest experience in the world”) like Banja Luka, Prijedor, Tuzla and Bihać.

- Interest in extreme sports is on the rise in BiH, which I can see by the increase in the number of pilots at SBA, as well as the growth in membership at Extreme Sport Club, which trains paragliding pilots.

Feđa asserts that BiH has great conditions for flying and other extreme sports. 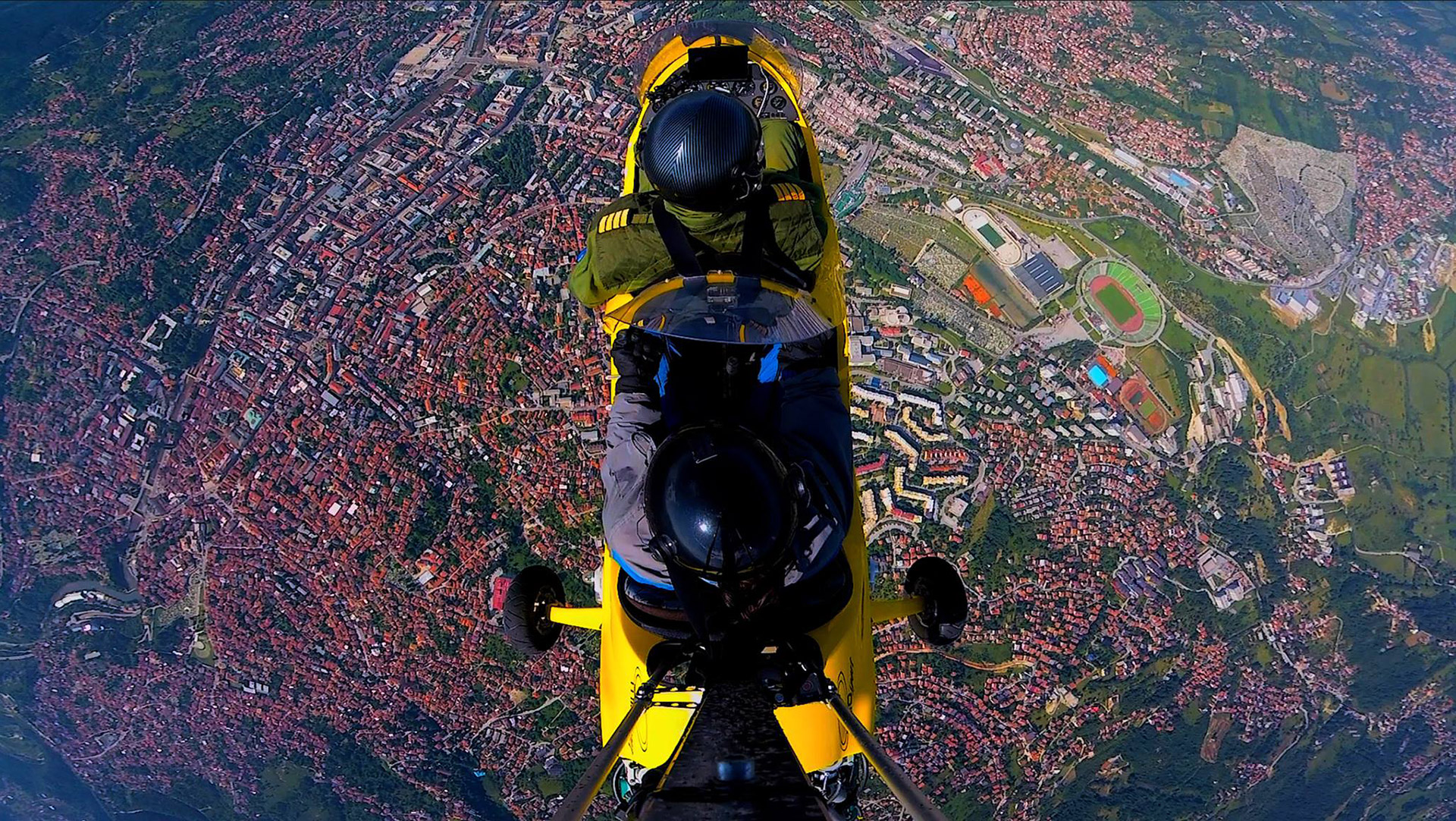 As a member of the FUNFLY Team, which offers gyrocopter flights over Sarajevo, plus other attractive routes, Feđa says visitors should try this “unforgettable life and spiritual experience.”

- It’s an attraction that few cities offer, and it’s something you always remember, especially if, during the flight, there are clouds above town that you can literally touch, and then you become part of an elite adventure club that boasts only a few thousand members worldwide.

Feđa thinks every city in the world has myths and legends to describe it, like having the prettiest women or the loveliest city and surrounding nature, but people everywhere are basically the same.

- Architecture and its functionality can vary from city to city. Sarajevo must be visited for its mix of architecture from various conquerors, because this talks about the region’s rich history. Visitors like Sarajevans’ accessibility and our humor, mostly dark, as well as our readiness to mock everything.

Feđa’s favorite daily rituals include hanging out with his daughter, walking around the center of town, driving a electric scooter, and occasionally dropping by Kino Bosna to socialize.

- The city’s main cultural programs are SFF, Jazz Fest and MESS. Jazzbina has some good live gigs, and we definitely lack concerts by big, world performers.

He goes to Kod Dvije Domaćice for homemade food, and, for international food, he recommends Roma and BarSa, “whose fine food and reasonable prices can’t be outdone.”

- Only the burgers from Majstor za Pivo in Lukavica (with 150+ kinds of beer) can compete with those at Blind Tiger.

The best things to take from Sarajevo - its spirit and beautif...

In Sarajevo you arrive as a guest, but feel right at home