Having had successful diplomatic careers, Nicola got his first ambassador post in Sarajevo, where they arrived in March 2017.

- First I was offered an ambassador position in another country, but, at the end of 2016, when the destination was changed to Sarajevo two days before I was officially named, I was honored to accept my post in a city where the first Italian consulate was opened back in 1863. I was fascinated by the connection Sarajevans have with their traditions during times of transition, and it reminded me of something very dear which can no longer be found in Italy.

A precious, special and lively place

Annarita was also delighted by the move, since she visited BiH for the first time back in the early 1980s with her family.

- We were in Mostar and I felt like I was in a fairy tale, like I was in a precious, special and lively place, someplace so different. I was so proud to be on that trip that I told all of my friends about it. When I came to Sarajevo years later, I was curious and ready to be fascinated by this country and culture, and that’s what happened.

As they say, it is often difficult for diplomats to make friends with local residents, because most of them live and operate in rather narrow international circles, but that hasn’t been the case in Sarajevo.

For Annarita, this is a charming, melancholic and passionate city where she has made friends, which makes them feel all the richer and helps them to understand the city better and enjoy themselves.

- I’m very happy here, I feel at home. I was born in Naples and the mentality of Sarajevans is like ours – they’re clever, generous, they love music, enjoy life and have such good energy that we constantly feel surrounded by love.

Given that the number of visitors from Italy, and from the rest of the world, continues to grow, Nicola says that BiH authorities should invest in city transit and transport up to the Olympic Mountains, where he learned to ski, while also promoting city attractions, the natural beauty and projects like Via Dinarica.

He says that Sarajevo serves as a resume for the country, a place where you learn about life.

- Sarajevo has an energy that creates great artists and intellectuals that are important for all of Europe, and it’s wonderful to see how that energy mixes with everyday life – it’s all normal, yet exceptional. Here, even ordinary people aren’t ordinary, which can be seen in the energy they invested in rebuilding a future after the war, without losing hope. 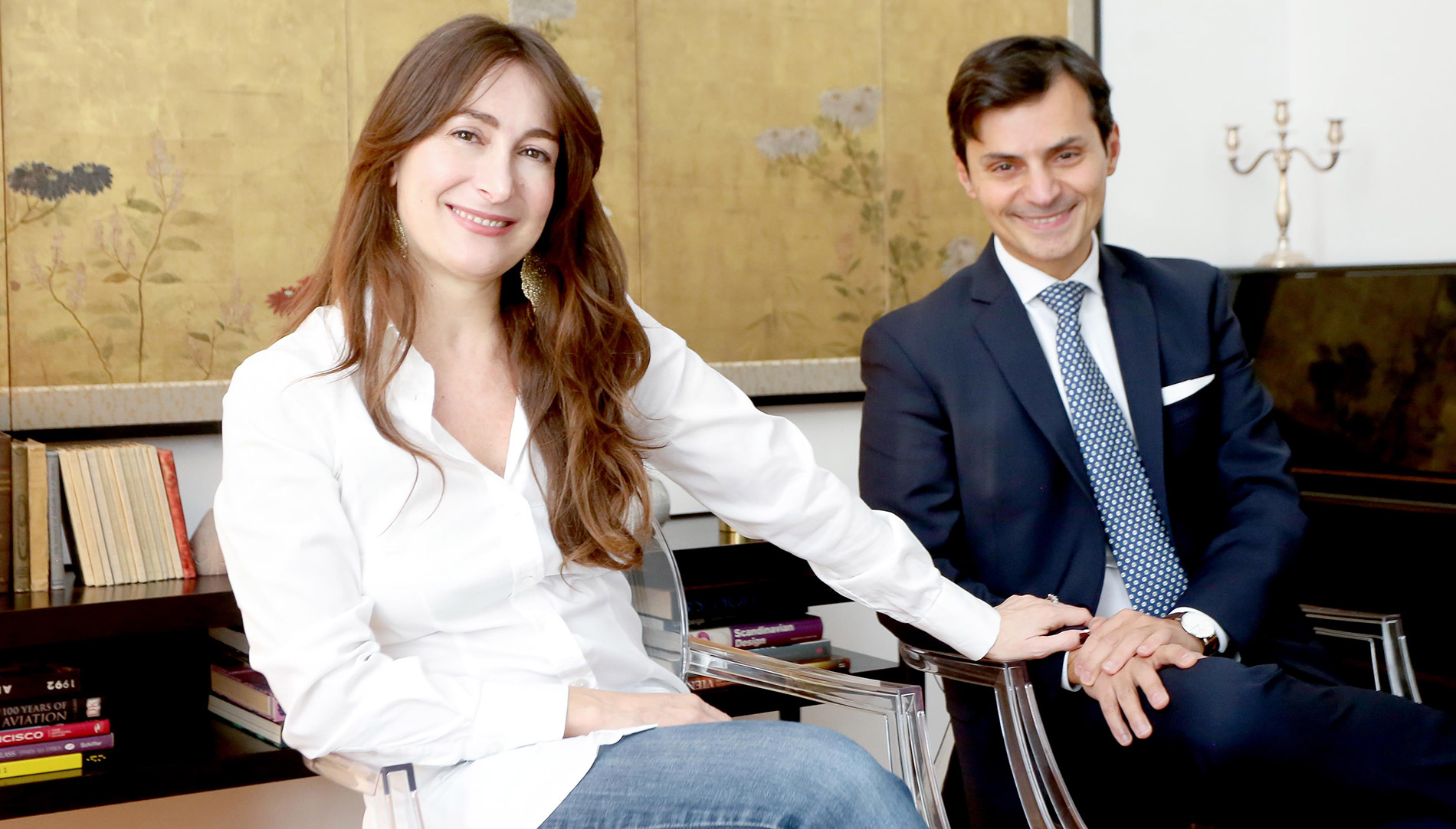 Living in a house that belonged to Sarajevo greats

- We are honored to live in a residence that has a rich history. Sarajevo painter Mica Todorović, who was taken to a prison camp in WWII because she had hidden two artists (communists) here, used to live in this house. The famous architect Juraj Neidhardt was her tenant, and he changed the face of the city from his office on the ground floor, and, after his death, the villa became the property of artist Safet Zec.

They plan their holidays around SFF, so as not to miss it.

- We love Jazz Fest, MESS, sevdah by Damir Imamović and Amira Medunjanin, music by Dubioza Kolektiv, Bijelo Dugme..., and Annarita is a big Zdravko Čolić fan. We really like the cult film Do You Remember Dolly Bell, so we are keen to see the play by the same name at Chamber Theater 55.

Annarita often gives her girlfriends hand-made jewelry made by her friend Đenita Gioielli, which can be found in the little gallery on Gajev Trg, near Markale Market.

Nicola says he’s not the typical Italian who likes espresso, and he recommends tea at Franz & Sophie, as well as Bosnian brandy, and adds:

- I like the fact that this country is chock-full of little secrets, like good restaurants or fine honey, which you can discover only by talking to people.

They both love to walk around Baščaršija, go on city walking tours, ride the cable car, go on excursions to Umoljani, Počitelj, the source of the Buna..., and they conclude by saying:

- Sarajevo is a safe, rich city that has mountains, good food and cultural activities, and Sarajevans should be proud of it. All that’s missing is the sea.

The best things to take from Sarajevo - its spirit and beautif...

In Sarajevo you arrive as a guest, but feel right at home