You’ve already been greeted by the holiday atmosphere at Hastahana Park, at the annual Coca-Cola Sarajevo Holiday Market, which has been running since December 5. Here you can buy unique souvenirs and gifts, enjoy different kinds of fun activities for both children and adults, and spend some time with Santa Claus. There’s also the Carlsberg Holiday Pub, where you can relax during the daily music program from 4:30 p.m. to 6:30 p.m., as well as from 9:00 p.m., when some of the best local club bands hit the stage. 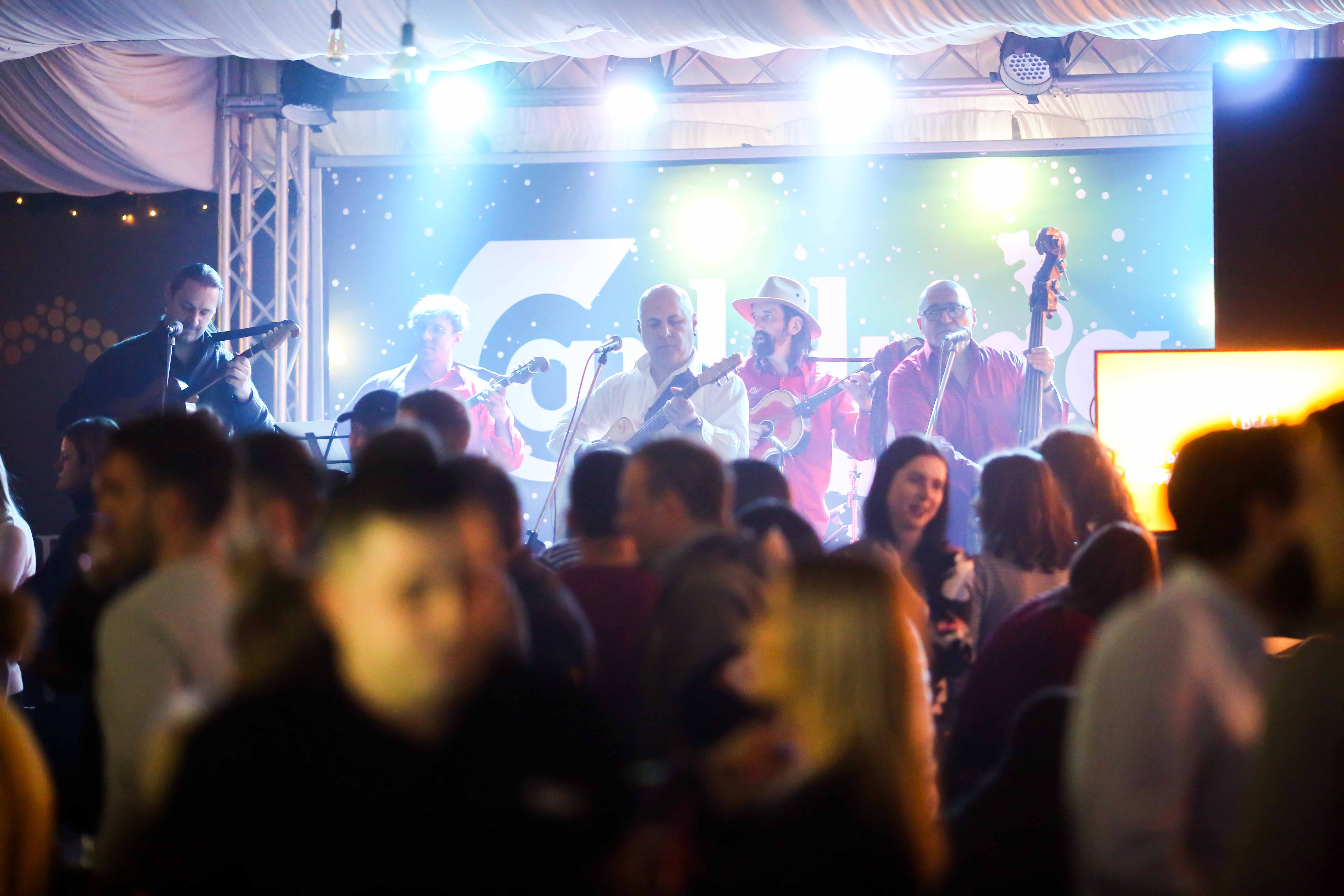 We recommend that you make your way to Sarajevo a few days before the New Year in order to avoid the big crowds, as this will be the best way for you to get to know the capital city of BiH and its surrounding areas. We believe you will be able to find a suitable place to stay at one of the hospitality facilities we have recommended here. If our selection isn’t enough, Booking.com offers plenty of other options.

Things will already be getting warmed up on Friday, December 28 with gigs by popular local performers, including: Sead Hodžić (at Pivnica HS), Mirza i Panduri (S One Sky Lounge), S.A. Jam (Carlsberg Holiday Pub), and the popular Boris Režak from Banja Luka will be playing at Aquarius Vils. For the electronic music lovers out there, we recommend the After Affair All-nighter party at Silver & Smoke, or the music set that’s being lined up at Trezor by the famous British producer and DJ, Steve Bicknell, DJ TKNO from Belgrade and Sarajevo’s own DJ Q’le.

Saturday, December 29 is the perfect day to visit the Olympic Mountains around Sarajevo, where you will not only enjoy skiing and other activities in the snow, but you’ll also be able to enjoy concerts by major music stars from around the region. The legendary Sarajevo band, Bijelo Dugme, will start playing up on Bjelašnica’s Babin Do at 2:00 p.m. Admission to the concert is free.

When you have Bijelo Dugme and Zabranjeno Pušenje playing in Sarajevo on the same day, we can call it a real music holiday, and that’s exactly what will happen on December 29, because after the concert up on Bjelašnica, you can head back into town to KSC Skenderija to enjoy a free concert by another legendary Sarajevo band at 9:00 p.m.

you aren’t a fan of the aforementioned performers, you can refer to our program of events to find plenty of other interesting concerts and parties at hospitality facilities around Sarajevo.

If you end up spending Saturday on the mountain, you can use Sunday to visit the old center of town – Baščaršija – and enjoy some sweet and savory Bosnian specialties. Be sure to visit the lovely Sarajevo Vijećnica, and after that you can make your way over to the Trebević cable car for a panoramic ride.

For more ideas on how to spend a day in Sarajevo, read our article, 20 Things to Do in Sarajevo.

The three-day New Year’s Eve event, as organized by the City Administration of the City of Sarajevo, gets underway at 9.00 p.m. on December 30 with a concert in front of the Cathedral of Jesus’ Sacred Heart. Members of MuzikArt, a musicians’ association, will be performing pieces of classical and evergreen music.

That same night, Alen Lemešević & Music Theater will be playing at the Carlsberg Holiday Pub, where they will perform plenty of pop-rock hits, and Underground is organizing a concert by Frenkie, Kontra & Indigo for hip hop fans.

The Sarajevo Philharmonic Orchestra will be holding its traditional New Year’s Eve concert at the National Theater on December 31. The concert starts at 7:30 p.m. and ticket prices vary (70KM, 80KM and 90KM). 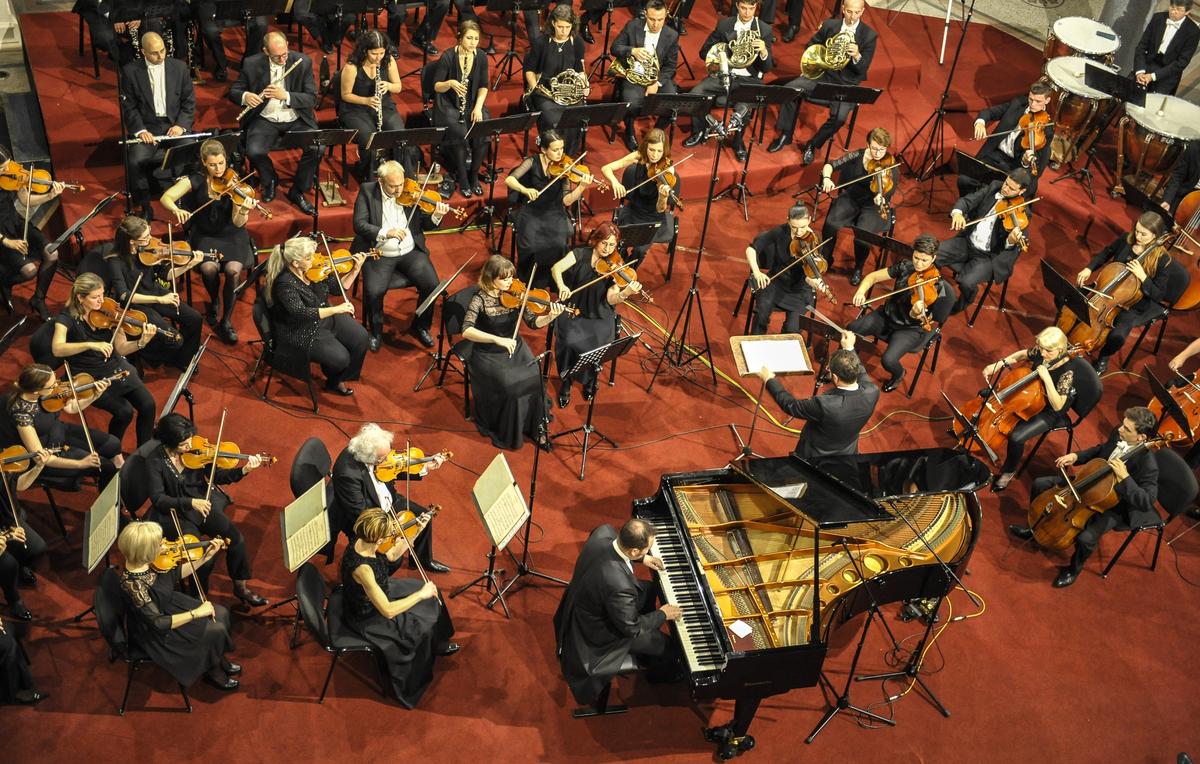 A spectacular New Year’s Eve countdown will be held outdoors on Maršala Tita Street in front of the monument, Vječna Vatra. The star group of the evening will be the popular Sarajevo band, Hari Mata Hari, who will be playing a selection of the biggest hits from their successful 33-year career. There will also be some impressive fireworks to ring in 2019.

If you would rather spend the remaining hours of 2018 someplace warm, be sure to reserve a spot in time at some of Sarajevo’s popular hospitality facilities and restaurants. 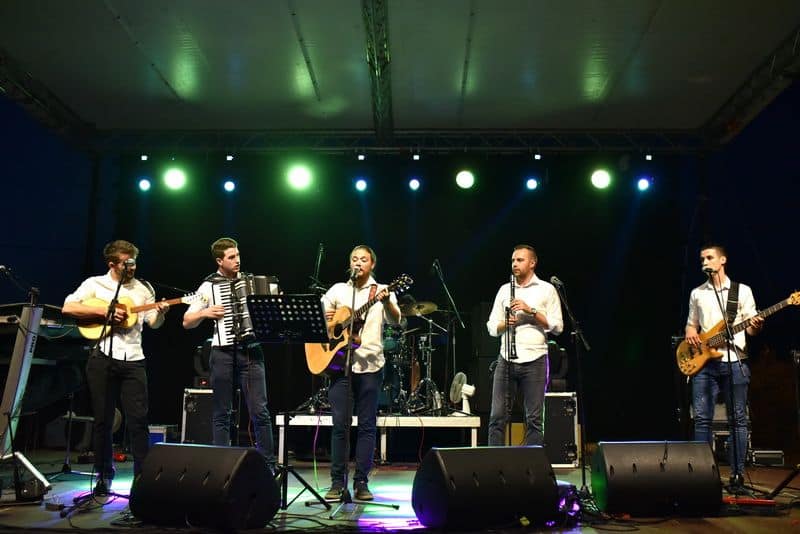 The Romansa tambura ensemble will ensure a fun time on the craziest night of the year at the Carlsberg Holiday Pub at the Coca-Cola Sarajevo Holiday Market, the great Ravnica tambura ensemble (from the town of the same name) will be performing at Coloseum Club, and you will also enjoy the traditional sounds of tambura musicians at the restaurants, Pivnica Sarajevo and Park Prinčeva.

Many say that Park Prinčeva offers the best view of the old part of town, and at Plava Prizma (a restaurant on top of Radon Plaza Hotel), you will not only enjoy the view of the newer part of our city, but also the sounds of the CroBos tambura ensemble. Neno Murić will be providing some good fun just a few floors down (in the lobby of Radon Plaza).

Guests staying at Sarajevo’s oldest hotel – Europe Hotel – will have a good time with Igor Vukojević, a popular performing artist who sings light music. The program will be held in the hotel’s lovely Vienna Cafe.

Radon Plaza Hotel is offering a special package for the New Year holiday that will include two-, three- and four-night stays. Costs range from €270 (two nights in a double room) to €499 (four nights in a triple room).

If you decide to spend the night at Europe Hotel, this luxury facility is offering an arrangement where two guests can stay for €370, and the rate includes the New Year’s Eve program and other amenities. 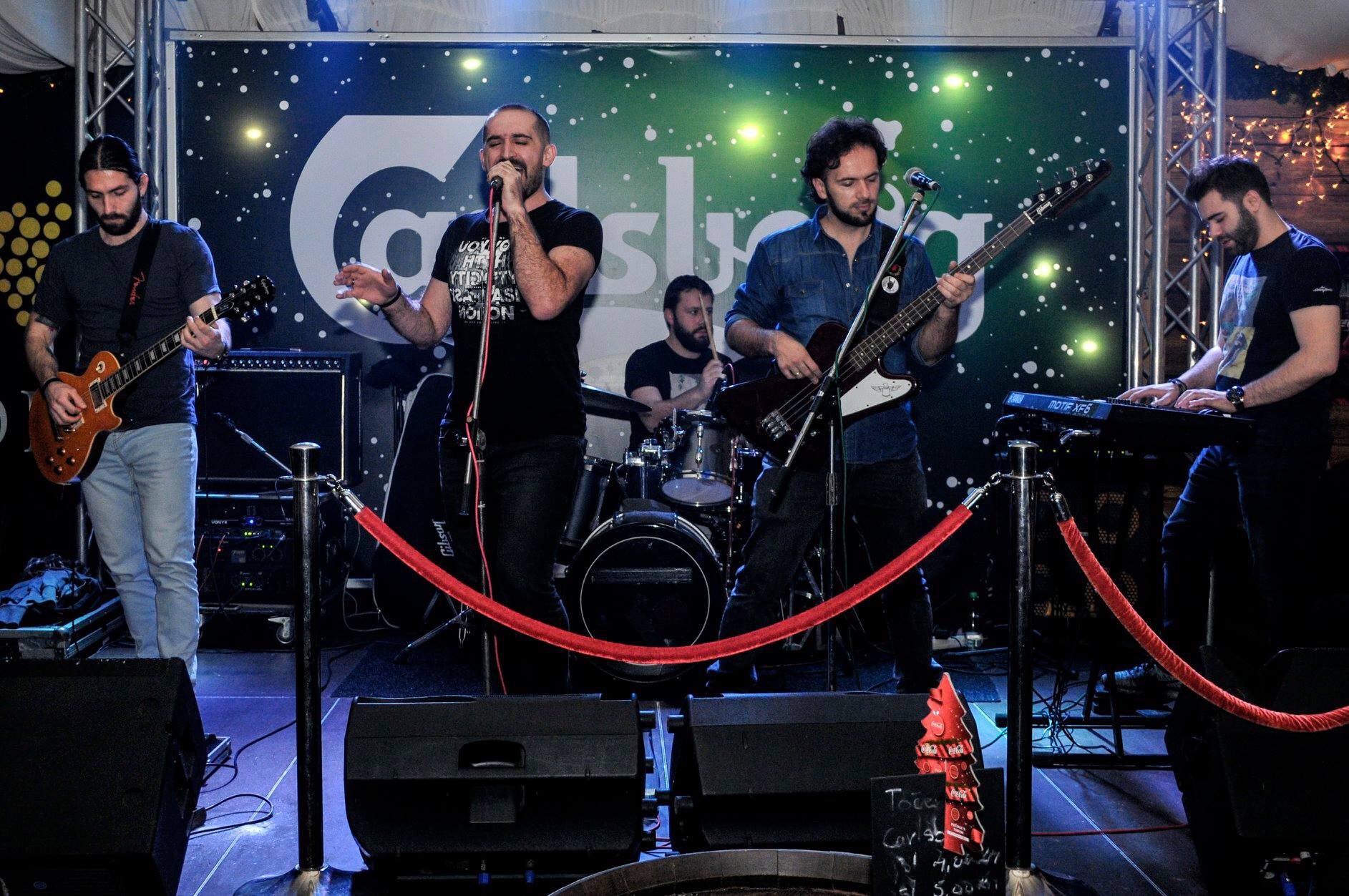 As for rock lovers, we recommend Underground, where the terrific Sarajevo band, ProRocks, will play some popular rock covers. Starting at 9:00 p.m., Gonzo will be getting things warmed up at S One Sky Lounge (on the top floor of Courtyard by Marriott); and Saša Ćirić will be doing the same at YU Caffe in Ilidža. You can look forward to some other gigs at Jazzbina, Tito Caffe and Monument.

If you want to dance your way into the New Year with some electronic music, Silver & Smoke is the perfect choice. DJs Forniva, G. Edd & Calkins will make sure the good atmosphere continues into the wee morning hours. Cinemas Club Sloga has traditionally been a good spot for New Year’s Eve parties, so you will have a chance to enjoy the local and foreign music played by Rezident DJ.

The concert by Bombaj Štampa, the Sarajevo cult pop rock band led by Branko “Đuro” Đurić, will mark the first day of 2019. They will be playing their greatest hits on the stage in front of the Eternal flame (Vječna Vatra).

What if a partner owns more than one business or facility?