Being in love with her city, its people and culture, she says that erratic visitors should come during SFF, those who love great music should visit during Jazz Fest, and she invites calmer arts lovers to attend Bookstan, an international literary festival.

- From July 3 to 6, Bookstan will be offering a full program and will host great guests like Kader Abdolah, Bekim Sejranović…. I am always proud to say that writers Saša Hemon and Miljenko Jergović are from Sarajevo.

Kristina says tourists should settle down in a garden and let the city go by. Her choice for such a place is Buybook Bookshop, which offers a laid-back atmosphere.

- My life in Sarajevo mostly involves working, and I rest from work by dedicating myself to the arts. If I manage to have a daily coffee, then it’s a working coffee drunk in the comfort of Buybook’s outdoor seating area. There you can enjoy terrific literature, fine wines and brandy, and also  buy authentic souvenirs by designer Aleksandra Nina Knežević. Bazerdžan and Kutcha also have some great souvenirs, as does ULUPUBiH Gallery.

Kristina adds that she doesn’t always manage to attend everything in this dynamic city, which is chock-full of cultural events. Yet, she does find time to take in exhibits at Collegium Artisticum, Charlama Depot and Zvono Cafe-Gallery, where she and her partner, artist Saša Bukvić, run the cultural programs.

- The people I introduce to guests make the greatest impression on them, and our specific nature and way of life are the most intriguing part of this city’s tourism offering. Recently, our guest from Montenegro had the best night of his life at Zvono during a spontaneous gig with Ivana Đurić (violinist with Damir Imamović’s Sevdah Takht) and three other guitarists.

Kristina sees Sarajevo as one of those rare places overwhelmed by war and transition where, mid-week, people sing at dawn like there is no tomorrow.

- In my city, which is truly special, people make a holiday out of the worst day. Nowhere else are there as many contradictions as here. I have a pathological love for Sarajevo, because I know all of its shortcomings and I love it more than anything! I guess that's the way it always goes with true loves. Sometimes it doesn't go both ways, but that's all a part of life. 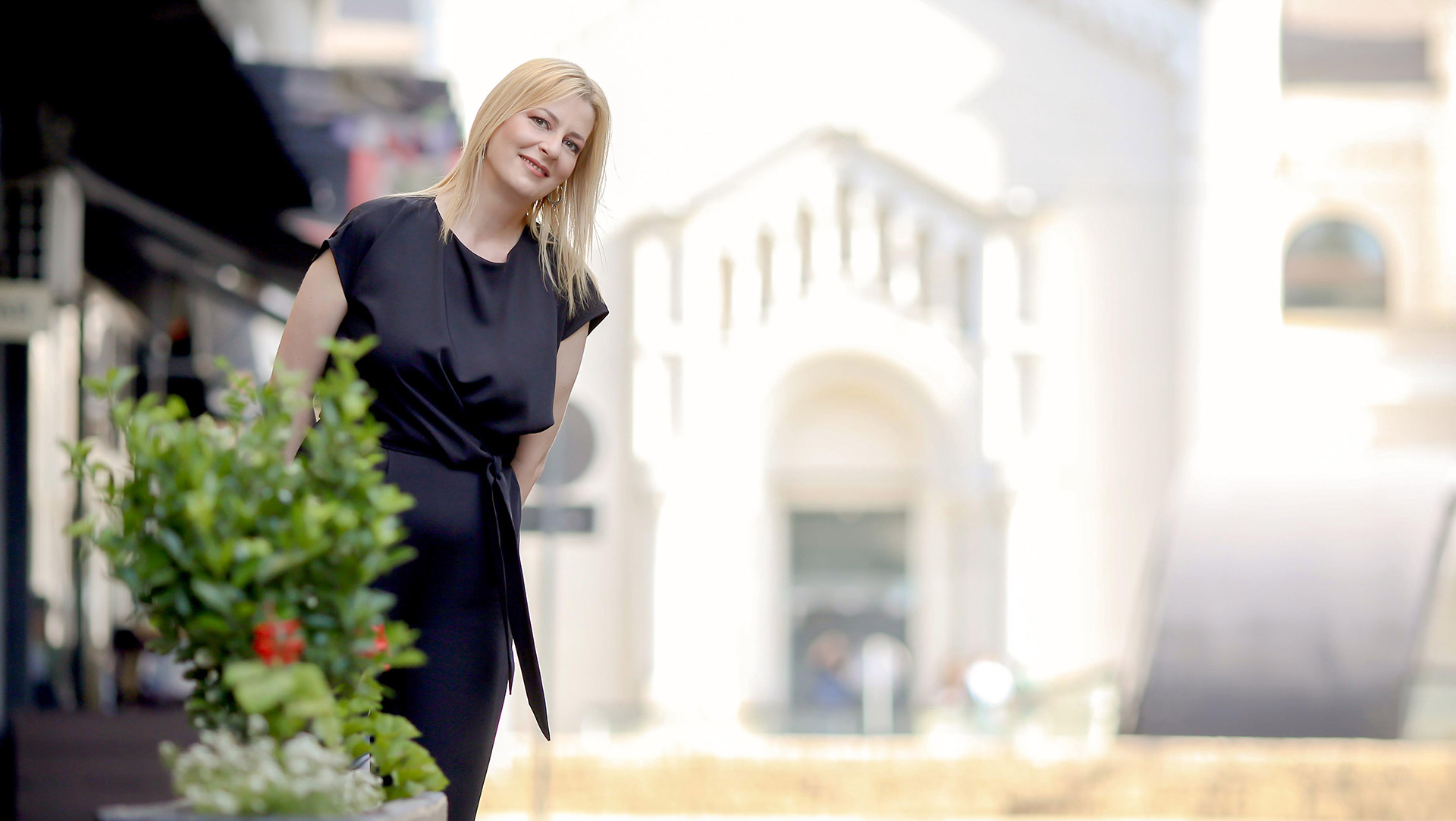 She believes that, when coming to visit Sarajevo, it is best to arrive via the city’s upper bypass, the reason being that, despite the fact that certain policies have led to provincialism, when you approach the city “from above,“ we know that there's a whole city below.

- There are very few cities that are as impressive when seen from a hilltop. It’s a tragedy that some of these very vantage points have been used for other “purposes.” When I was little, while spending time in Vukovar with some of my mother’s friends, some of them would show me the Danube and say, “This is a river, not like your Miljacka.” I was nine at the time and said, “But the Miljacka has a soul.” And today I do believe the Miljacka has a soul, and I don’t like the way Sarajevo is described or that there are generalizations about it, from being called a “European Jerusalem” to talking about its ćevapi.

- The fusion of architecture in Sarajevo, from Austro-Hungarian objects to new works, is as thrilling as a fun park. One should visit the National Museum, the Museum of Literature and Performing Arts and the Walter Defends Sarajevo Museum; as well as Bey’s Mosque, the Old Orthodox Church, St. Anthony’s Church, White Fortress (Bijela Tabija); ride up to Trebević in the cable car....

We are one of the rare cities where you can be up on the mountains in ten minutes. I love the Academy of Fine Arts building, the areas around the Music Academy; the park around Second Gymnasium, which is a rare example of a real park in Sarajevo, as well as Mejtaš and Višnjik. Thank you, Sarajevo Navigator, for giving me the opportunity to recall how many things I love in this city.

- The home cooking and ambience at Čobanija is great, look for some international dishes in Pivnica Sarajevo's garden, excellent pizza at Bell and have some vanilla ice cream from Egipat for dessert. If you like beer, you’ll be spoiled for choice at Vučko Pub.

Let us make some coffee and invite people over!

Sarajevo is a noble city